Whenever a New York family loses a loved one, filing a lawsuit is the very last thing they will be thinking about. However, if the death occurred because another party was negligent, then filing a lawsuit might be the right thing to do. At times, the best way to get closure is by holding the negligent party responsible by filing a wrongful death lawsuit in court. Compensation will become available in the process.

Cellino Law has Flatbush wrongful death lawyers available who can assist you following the death of a family member. They are highly experienced and thoroughly understand how frightening the process may be. It is critical to act quickly since the deadlines to file a wrongful death suit are not as long as with other kinds of lawsuits. Our Flatbush personal injury lawyers understand that and can help our clients by speeding up the process.

When Is A Death Considered To Be Wrongful?

Whenever a party acts in a reckless or negligent way and it results in a death, this death can be determined to be wrongful. These types of death often occur due to a construction accident, malpractice within a medical setting, neglect or abuse in a nursing home, or truck and car accidents.

The decedent’s estate’s representative can file a wrongful death lawsuit against the parties who caused the decedent’s death. Generally speaking, the goal of the claim is to recover damages for the heirs of the decedent. The process has been designed to protect the following people:

How To Prove A Wrongful Death Claim

To win your wrongful death lawsuit in Flatbush, NY, it must be established that your family member’s death happened in an untimely way due to the recklessness or negligence of the at-fault party. This reckless behavior or neglect must be proven to have caused the death either directly or contributed to your loved one’s death.

Reckless behavior can be defined as a conscious disregard of the risk of harming others. On the other hand, negligent behavior required that a person failed to act in a way that a reasonable person would act in similar circumstances or failed to adequately address the situation.

You need to prove two things in order to build your case. The following will be proven by Cellino Law after you have hired them to represent you.

The Responsible Party Owed A Duty

Individuals have a duty to act responsibly. The person is responsible for the consequences of their actions. To keep others safe, the responsible individual needs to legally refrain from acts or actions that can harm others.

The Defendant Breached Their Legal Duty

Evidence needs to be presented to show that the defendant did not act in a reasonable and prudent manner or that the actions they took were careless, reckless, or negligent to prove that the wrongful death of an individual did in fact occur.

Who Is Eligible To File A Wrongful Death Case In Flatbush, NY? 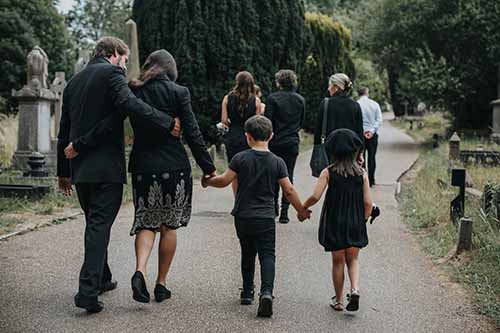 Family members in New York who can file a wrongful death claim include the following:

How Much Can You Expect To Recover From A Wrongful Death Claim?

Whenever a family member dies, no amount of money can ever take the family’s grief away. This is why the economic impact of the loved one’s death and their financial earnings are the most common factors that are considered by New York state.

The damages that are awarded in a wrongful death lawsuit fall into two main categories. The first category is directly linked to how much pain and suffering was experienced by the decedent before they died. Usually, a forensic pathologist will testify after he or she has completed an extensive analysis of the decedent. Although it is hard for the survivors to hear the details of their family member’s pain and suffering, it is very important since it helps to ensure that the family is compensated properly.

The second kind of damages relates to the victim’s earning potential and what their expected contribution would have been to the individual or family that survives the wrongful death. These financial losses are evaluated by examining the financial records in order to determine how much money has been lost due to the death of their loved ones. There are various damages that may be filed for following a wrongful death, including the following:

There are two major factors that are considered when calculating economic damages. Those are particularly important when considering lost wages. Those factors are the age of the victim when they died and how much longer they were expected to live. Whenever a young child loses a parent unexpectedly, they are also losing the support of a number of years worth of wages that could have supported them until they became an adult.

The emotional suffering and pain of the surviving family member are unfortunately not considered by New York state when assessing damages. That aspect of the law is very unfortunate and lacking in compassion. As practicing lawyers in the wrongful death field, our laws offices are fighting actively to change this and to change New York law so that emotional damages are taken into account. Until that time, we file lawsuits to get the most assistance possible.

Review Your Case With A Flatbush Wrongful Death Lawyer

Something important to remember is that wrongful death cases have time limitations that are attached to them. After a representative has decided to pursue legal action, it is critical to act right away so the time limitations do not expire. A case involving public authorities has even shorter time limitations. The statute of limitations will not be extended by the courts, so it is critical for the survivors to act quickly. Contact our Flatbush personal injury firm today ay (800) 555-5555.